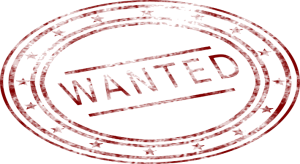 Whenever you want to tell someone in Spanish that you want them to do something, then you are moving into the realm of the Spanish present subjunctive.

If you wanted to know why, then I suppose it could be that just because you want them to do it, it doesn’t mean that they are going to do it.

Regardless of the reason why, however, the fact is that this construction normally demands the subjunctive.

One of the things to watch out for with these sentences is that in Spanish they take a different structure to how they are in English.

The QUE in the trigger.

You have probably already realised just how common it is for the QUE to appear in the trigger for the subjunctive. Well, the same applies in the structure of wanting someone to do something.

Let’s look at the two different structures in a typical sentence like:

His parents want him to tidy his room every day.

Firstly, this is not how the sentence is made in Spanish. It’s actually like this:

His parents want THAT he tidies his room every day.

Now that makes sense. (Or at least it should.)

Wants for your own self. (Querer)

When you are talking about two people and one wants something for the other, then this invariably leads to the use of the Spanish present subjunctive.

However, when an individual or a group of people want something for themselves then this is NOT a subjunctive sentence.

Possibly because there’s an easier way of saying it.

I want to go to Spain this year.

To say this you simply add the infinitive.

It is NOT correct to say:

Just as it ISN’T right to say:

This would be far more simple:

Here are a few:

So, watch on as we cover the way the subjunctive works with Querer and the like. Espero que os guste.