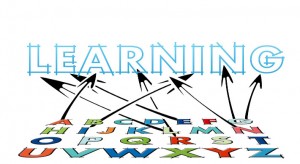 Saying WAS in Spanish.

One of the greatest challenges for any student of the Spanish language is getting to grips with the Preterite and Imperfect combined with SER and ESTAR.

This issue comes to a head when we are faced with deciding which of the four options we need to use when we say WAS in Spanish.

Of course, there are many other options, too, but for this Spanish video podcast we will be focussing on the WAS.

So, when we want to say WAS in Spanish we have these options:

To understand which one to choose, we firstly have to have a handle on SER and ESTAR and then on the PRETERITE and the IMPERFECT.

Therefore, if you haven’t already seen the first two video podcasts that I’ve made, please go back and watch them. However, if you are already “un crack”, please go straight into this podcast.

A process of elimination.

Unlike native speakers, we have the laborious job of wading through a set of rules before we can make a reasonable guess on the four options.

Let’s see, however, if we can cut these rules down to the very basics.

Let’s take the following sentence as an example:

The man was here.

Let’s run through a list of questions that will quickly help you identify the verb and the tense.

2, Are you talking about a repetitive uncountable event?          Yes = IMPERFECT  NO = PRETERITE

So, what do you think?

The man was here.

The answer to question one on the verb is YES.  This is a state that will change. The man will not always be here. Thus we will use is likely to be ESTAR.

It is also referring to a location.

Thus the verb is likely to be ESTAR.

Is this what you expect? This is a fairly irrelevant question, so we can ignore it.

Based on getting ESTAR twice from our questions, we can safely assume that it’s ESTAR.

The answer to question one on the tense is…unless more information is given then NO we CANNOT measure it.

So, it’s likely that we will use the IMPERFECT.

However, we are not talking about an uncountable event. He was here this morning. Once.

The issue is that the sentence is vague.

If this was your sentence then you can easily know if it should be Preterite or Imperfect by checking measurement.

Do you know how long he was here?

If you know that, then you would probably use the PRETERITE.

If you had no real idea and you simply knew that he had been around, then you would probably use the IMPERFECT.

So, you could say:

BOTH SENTENCES are correct.

All that is happening is that they are saying something slightly different.

Using ESTABA is very vague. You really don’t have the details.

Using ESTUVO is much more exacting and you know more clearly about his visit.

Note: If you use ESTABA, it’s possible that you aren’t even sure if he’s still around. But, if you use ESTUVO you know for a fact that he has gone! It’s over, finished.

So, listen in to the video podcast and let’s start to put some flesh on to the bones of this subject.